Aaron Graham, an alumni of the 2017 Cambridge Writers’ Workshop Spring in New Orleans Writing Retreat has been chosen for the 30/30 Project to benefit Tupelo Press, a literary non-profit organization. Aaron will join eight other volunteers in writing a poem a day during the month of April while raising donations to support the literary press. Other poets for the project include Alexandra Barylski, Rebecca Raphael, Pamela Murray Winters, and more. You can donate to support your favorite authors here.  To help Aaron reach his $350 goal, donate here. 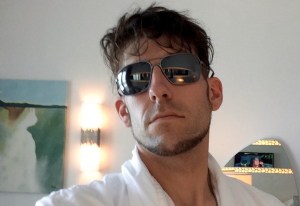 Aaron Graham is a doctoral candidate at Emory University and is also the poetry editor of Muse /A Literary Journal, and Assistant Poetry Editor for The Tishman Review. He was the 2016 Cecilia Baker Memorial Visiting Fellow for Seaside Writers and a veteran who served both in Afghanistan and Iraq. His work has appeared in SAND, Rising Phoenix, The Taos International Journal of Poetry and Art, The East Bay Review, Zero-Dark-Thirty , Grist, Alternating Current, and more. His work has won numerous awards, including Seven Hills Press’s Penumbra Poetry Prize, Tishman Review‘s 2015 Poetry Contest, and Tethered by Letters’ 2017 Luminaire Award.  His 2017 chapbook, The Hurry Up and the Wait, was shortlisted for Tupelo Press’s Sunken Garden Chapbook Poetry Prize as was his Skyping from a Combat Zone, in 2016. His first full length collection, Blood Stripes, was shortlisted for the 2015 Berkshire Prize, and his “PTSD Poem #12” has been nominated for 2016’s Best of the Net.

Tupelo Press is a literary press that hosts writing conferences, readings, and a teen writer center and publishes essays, poetry, and prose from new and established writers.  You can find out more about the 30/30 Project and read some of Aaron’s daily work here.  A sample of Aaron’s poetry follows below:

Bernie’s in the basement preaching cost controls on medicine
I’m spiting on the pavement trying to undermine the government.
Fat man in a little coat named Priebus got me laid off.
Paul Ryan say he’s got a plan to pay the nation’s debt off.

Look out Flynn, they gonna learn your sin.
Got a presidential win, now the real work begins.
Sell your souls on Election Day Putin already got away.
Daniel Boon’s in dark a room with a wire tap and Mike Flynn,
saying the cure to all our ills are tariffs and immigration bans.

Better get Dick, get Bill get someone to write a healthcare a bill
Train of thought jumped a rail en route to replace and repeal.
The POTUS tweets because his ego’s frail so public will is gonna fail.
Try hard, leave scared, Sessions will be disbarred
Send out the national guard for the protest on your front yard
down at Mar a Log Steve Bannon’s your Iago

Don’t wanna look dumb
you better hire some
better writers to try
to cover up your scandals
collusion with white vandals
your race relations plan is
Steve Harvey on every channel.