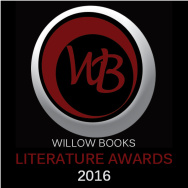 Rita Banerjee is the Executive Creative Director of the Cambridge Writers’ Workshop, and her writing has been featured in Electric Literature, VIDA: Women in Literary Arts, Queen Mob’s Tea House, and Riot Grrrl Magazine, and on KBOO Radio’s APA Compass.  She is author of the poetry collection, Cracklers at Night,and her novella, A Night with Kali, is forthcoming from Spider Road Press in 2016.  She is teaching at the Cambridge Writers’ Workshop Summer in Barcelona and South of France (July 18-26, 2016) and Summer in Granada (July 28 – August 5, 2016) Writing Retreats.