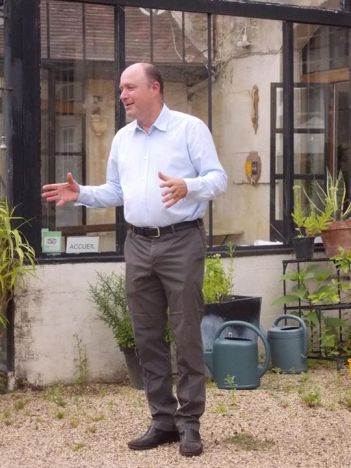 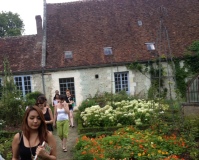 Horse bath on the grounds 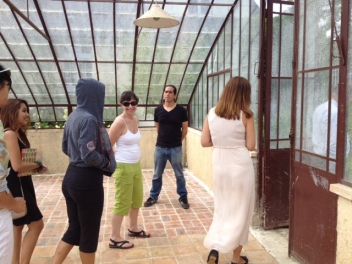 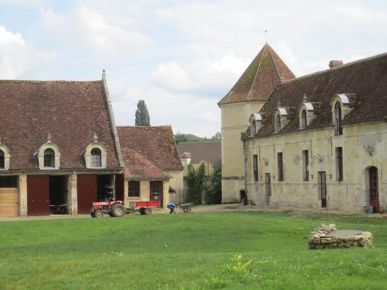 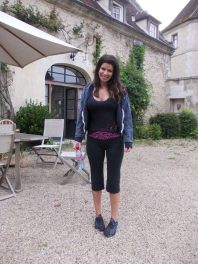 Gina in the courtyard!

Getting ready for dinner

The Cambridge Writers’ Workshop kicked off today.  A two week retreat of writing classes and yoga led by talented teachers in the lush, green countryside town of Verderonne, one hour north of Paris.  Published authors, aspiring novelists, and avid writers have come from other countries just to work on their own literary projects and learn new techniques in word-smithery.

In the afternoon, Rita, Elissa, and I presented the participants with the itinerary for the next two weeks, then everyone met M.  Marié, the propriétaire of the estate of the château.  He gave us a tour of the buildings, beautiful gardens, and calming greenery which we would all inhabit and hopefully being inspired to write about.

As the sun began to set we had dinner and everyone made the rounds, introducing themselves at the table and why they had come.  Each writer had a different reason to join the retreat but what everyone had in common was their love for the written word and desire to sharpen their craft…that and their appreciation of wine,  French wine, mmmmmm ;).  Demain, we begin the craft of writing seminars and workshops, and what better way to start the next day with getting the creative muscles flexing than with a yoga class at 8am.  Namaste.