Saturday, July 28, was a full day for our retreat faulty and participants. In the morning our guest faculty member Kristina Marie Darling taught her “Prose, Poetry, and Micro-Fiction” workshop. This course focused on prose poetry, meaning prose that draws from the extensive tradition, formal repertoire and literary devices that readers associate with poetry. Questions explored in class included: How can poets effectively and economically use the tools of fiction in their craft? What formal variations on the prose poem are possible? And how can prose poems compliment work written in more traditional poetic forms? Students ended the class with drafts of their own prose poetry or micro-fiction. 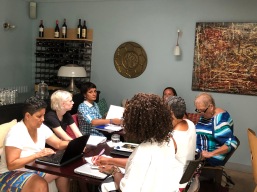 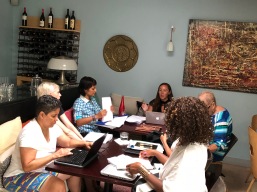 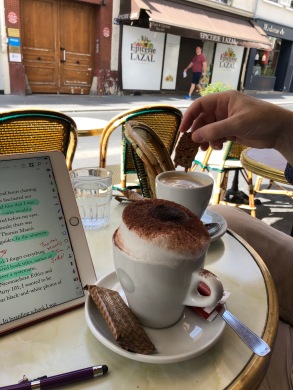 In the afternoon, CWW director Rita Banerjee held her workshop “Flâneurs, Essays, and Provocateurs.” Before meeting for Rita’s workshop, the participants were given a writing assignment where they were asked to spend 30 minutes “flaneusing or flaneuring” around Paris or Versailles in order to observe as much as they could about the people, places, animals, things, order, disorder or culture they were saw around them. These observations and experiences were then translated into a central question or thought that then became the beginning of an essay. Students were then asked to write until they found a solution to their central question or until they discovered an epiphany hiding in their work. 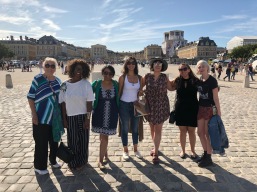 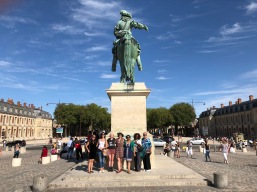