The Cambridge Writers’ Workshop is delighted to announce that Heidi Pitlor and Laura van den Berg will be joining us as full faculty on our upcoming retreats and workshops, and that Lily Hoang and Frederick-Douglass Knowles II will be our newly appointed Summer 2016 Teaching Fellows.  More about our new faculty and teaching fellows and their talented work in fiction, editing, publishing, nonfiction, poetry, and performance can be found below: 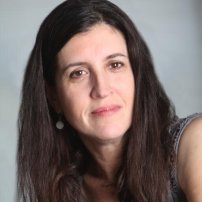 Heidi Pitlor received her B.A. from McGill University in Montreal and her M.F.A. in Creative Writing from Emerson College. She eventually became an editor and later a senior editor at Houghton Mifflin (now Houghton Mifflin Harcourt). She has been the series editor of The Best American Short Stories since 2007. Her writing has appeared in such publications as Ploughshares, The Huffington Post, and Labor Day: True Birth Stories by Today’s Best Women Writers. 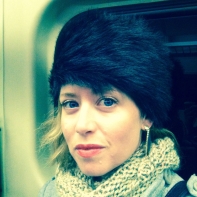 Laura van den Berg was raised in Florida and earned her M.F.A. at Emerson College. Her first novel, Find Me, published by FSG last year, was selected as a “Best Book of 2015” by NPR, Time Out New York, and BuzzFeed, among others. Find Me was longlisted for the 2016 International Dylan Thomas Prize. She is also the author of two collections of stories, What the World Will Look Like When All the Water Leaves Us (Dzanc Books, 2009) and The Isle of Youth (FSG, 2013). What the World was a Barnes & Noble “Discover Great New Writers” selection and shortlisted for the Frank O’Connor International Short Story Award. The Isle of Youth was named a “Best Book of 2013” by over a dozen outlets, including NPR, The Boston Globe, and O, The Oprah Magazine; a finalist for the Frank O’Connor Award; and received The Rosenthal Family Foundation Award from the American Academy of Arts & Letters and the 2015 Bard Fiction Prize. Laura lives in Brooklyn with her husband and dog, and she is currently at work on a new story collection and a new novel, both forthcoming from FSG. Beginning in the fall of 2016, she will be a Briggs-Copeland Lecturer in Fiction at Harvard. 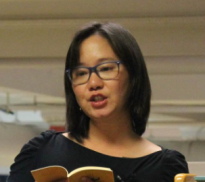 Lily Hoang is the author of five books, including A Bestiary (winner of the inaugural Cleveland State University Poetry Center’s Nonfiction Contest) and Changing (recipient of a PEN Open Books Award). With Joshua Marie Wilkinson, she edited the anthology The Force of What’s Possible: Writers on Accessibility and the Avant-Garde. She is Director of the MFA program at New Mexico State University. She serves as Prose Editor at Puerto del Sol and Editor for Jaded Ibis Press. 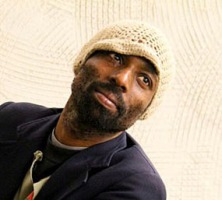 is a poet, educator and activist involved in community education and the performing arts. He has competed on two National Poetry Slam Teams and served as the 2011 Connecticut Slam Team coach. His works have been featured in Poems on the Road to Peace: A Collective Tribute to Dr. King Volume 2, Peabody Museum of Natural History by Yale University Press, The East Haddam Stage Company of Connecticut, The 13th Annual Acacia Group Conference at California State University, Folio –a Southern Connecticut State University literary magazine, Lefoko –a Botswana, Southern Africa Hip-Hop magazine and Fingernails Across the Chalkboard: Poetry and Prose on HIV/AIDS from the Black Diaspora by Third World Press. Frederick-Douglass is currently an Assistant Professor of English at Three Rivers Community College where he infuses English Composition with social injustice.

Please give a warm welcome to our new CWW Faculty!  We’re excited to have such wonderful writers join our team!