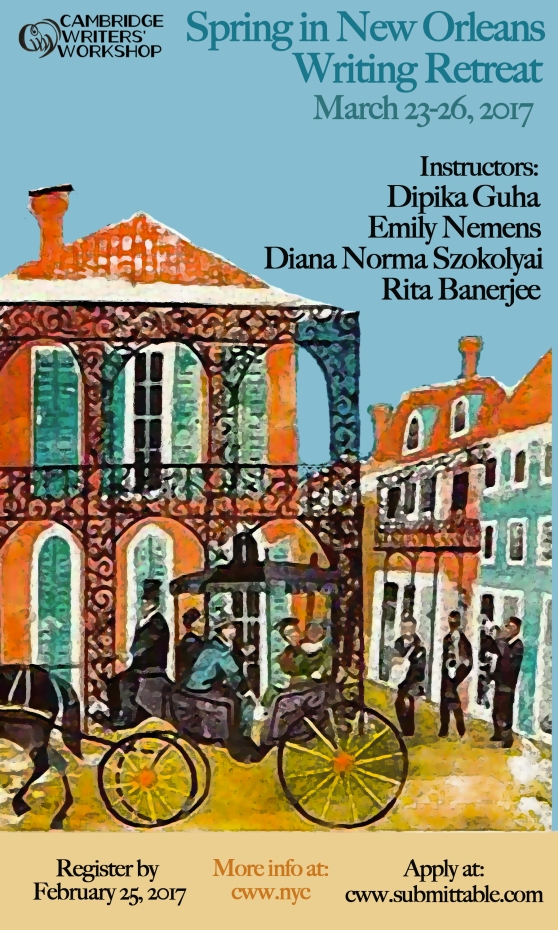 The Cambridge Writers’ Workshop Spring in New Orleans Writing Retreat will take place from March 23-26, 2017, and will coincide with the Tennessee Williams Literary Festival.  Known for its Spanish and French architecture, live jazz, cajun food, and street festivals, New Orleans offers an inspirational and one-of-a-kind environment for creative writers. During the retreat, we will be staying in the lovely Algiers Point neighborhood, just a short ferry ride away from the Historic French Quarter.  Our retreat features multi-genre workshops, as well as craft seminars and time to write.  The faculty includes award-winning writers Dipika Guha, Emily Nemens, Rita Banerjee, and Diana Norma Szokolyai. Genres include playwriting, nonfiction, fiction, and poetry. The deadline to apply is February 25th, 2017. 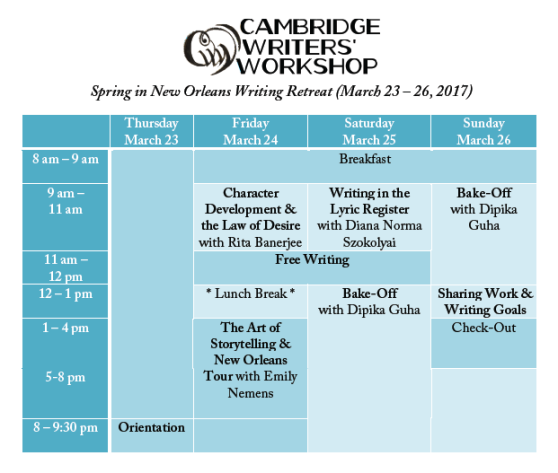 The Art of Storytelling & New Orleans Tour  (with Emily Nemens)
A picture’s worth a thousand words, but what if there’s words with that picture? In this workshop we’ll explore the many intersections of art and writing, by considering poetry, fiction,and criticism about and including visual arts, and then look at our own works that combine language and text. Using prompts from local art and architecture, we’ll explore the range of expression from ekphrasis to graphic narratives, and put our heads together to discover the best means of storytelling for a range of different narratives. Illustration expertise is not required, but a curiosity about visual arts and how they can be employed in literary work is necessary.

We will gather in one of the most evocative, haunting cities in the world and together write and read out loud our ‘bake-offs’. A bake-off is a playwriting exercise or writerly dare popularized by Pulitzer Prize winning playwright Paula Vogel. The dare is to write a play in a fixed span of time 24 hours in response to a list of shared elements. We will begin with a seminar on Saturday when we’ll visit our playwriting toolbox and look at devices, forms and structures available for our use. At this meeting we’ll choose six elements to include in our writing drawn from the city of New Orleans, seeking inspiration from its architecture, history and myths. After the seminar you will go away and write until the next evening. On Sunday over food and drink, we will read your bake-offs together and celebrate your progress. Bake-offs are not critiqued.

Character Development & the Law of Desire (with Rita Banerjee)

Femme fatales, gumshoe detectives, star-crossed lovers, wicked stepmothers, wise fools, empathetic anti-heroes: dynamic and archetypal characters can be key to making a good story or lyrical piece tick and pulling in the reader deeper into your creative work. In this workshop, we will discuss how dynamic and archetypal characters can help structure stories, propel narratives forwards, and how each character’s desire provides interesting ethical dilemmas and emotional spectrums to narratives and verse. We will learn about the building blocks of creating strong, unforgettable characters, discuss the connection between desire and plot, and learn how playing with persona can help liberate nonfictional stories and lyrical poems.

Writing in the Lyric Register (with Diana Norma Szokolyai)

In this writing workshop, we will practice writing in the lyric register, expanding our writing into descriptive, poetic prose. We will look intensively at our writing, slowing down and unpacking a single moment. After examining some examples in literature, we will take to revising our own pieces to unlock the lyrical qualities in our writing. Our aim will be to pull our readers into the emotionally charged and poetic world of our narratives. 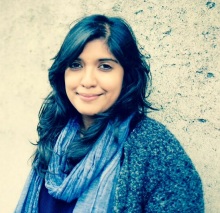 Dipika Guha was born in Calcutta and raised in India, Russia and the United Kingdom. She is the inaugural recipient of the Shakespeare’s Sister Playwriting Award with the Lark Play Development Center, A Room of Her Own and the Hedgebrook Women Playwrights Festival. Her plays include  The Art of Gaman (Berkeley Rep Ground Floor ’16, KILROYS LIST ’16, Relentless Award Semi-Finalist), I Enter the Valley (Theatreworks New Play Festival ’16, Southern Rep New Play Festival‘16), Mechanics of Love (Crowded Fire Theatre, Upcoming: Two by For, NYC) and Blown Youth (Wallflower Theatricals, UK). She is currently working on Yoga Play, a commission for South Coast Repertory Theatre, a translation of Merry Wives of Windsor for Oregon Shakespeare Festival’s PlayOn Project and a play for the McCarter Theatre’s Princeton Slavery Project. Most recently her work has been developed at Playwrights Horizons, Rattlestick Playwrights Theatre, Roundabout Underground, McCarter Theatre’s Sallie B. Goodman Residency, New Georges, Shotgun Players, the Sam French Off Off Broadway Short Play Festival, Southern Rep, 24 Hour Plays on Broadway and the Magic Theatre amongst others. Dipika is currently a visiting artist at the Schell Center for International Human Rights at Yale Law School and a resident playwright at the Playwrights Foundation. MFA: Yale School of Drama under Paula Vogel.  Dipika will be a Hodder Fellow in Playwrighting at Princeton University from 2017-2018. 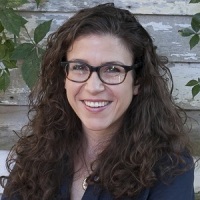 Emily Nemens is coeditor and prose editor of The Southern Review, a literary quarterly published at Louisiana State University in Baton Rouge. Her editorial work has been featured in Writer’s Digest, draft: a journal of process, and on LeanIn.org, and her selections from The Southern Review have recently appeared in Best Mystery Writing 2016 and Best American Nonrequired Reading 2015. She studied art history and studio art at Brown University, and before moving to Louisiana to pursue an MFA in creative writing at LSU, she lived in Brooklyn and worked in editorial capacities at the Metropolitan Museum of Art and the Center for Architecture. Alongside her editorial work, Emily maintains active writing and illustration practices. Her fiction and essays have recently appeared in The Gettysburg Review, The Los Angeles Review of Books, and n+1, and she is working on a linked story collection about spring training baseball. As an illustrator she’s collaborated with Harvey Pekar on a Studs Terkel anthology, painted miniature portraits of all the women in Congress, and recently published her first New Yorker cartoon. Follow her at @emilynemens. 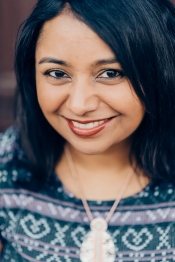 Rita Banerjee is the Executive Creative Director of the Cambridge Writers’ Workshop and teaches at Rutgers University.  She received her doctorate in Comparative Literature from Harvard and her MFA in Creative Writing from the University of Washington, and her writing appears in Poets & Writers, The Rumpus, Painted Bride Quarterly, Mass Poetry, Hyphen Magazine, Los Angeles Review of Books, Electric Literature, VIDA: Women in Literary Arts, AWP WC&C Quarterly, Queen Mob’s Tea House, Riot Grrrl Magazine, The Fiction Project, Objet d’Art, KBOO Radio’s APA Compass, and elsewhere. Her first collection of poems, Cracklers at Night (Finishing Line Press), received First Honorable Mention for Best Poetry Book of 2011-2012 at the Los Angeles Book Festival, and her novella, A Night with Kali, in Approaching Footsteps (Spider Road Press), released in November 2016. Finalist for the 2015 Red Hen Press Benjamin Saltman Award and the 2016 Aquarius Press Willow Books Literature Award, she is currently working on a novel, a book on South Asian literary modernisms, and a collection of lyric essays. 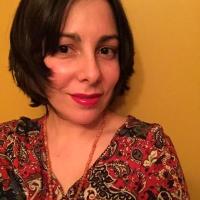 Diana Norma Szokolyai is a writer and Executive Artistic Director of Cambridge Writers’ Workshop. She is author of the poetry collections Parallel Sparrows (honorable mention for Best Poetry Book in the 2014 Paris Book Festival) and Roses in the Snow (first runner-­up Best Poetry Book at the 2009 DIY Book Festival). She also records her poetry with musicians and has collaborated with several composers. Her poetry-music collaboration with Flux Without Pause led to their collaboration “Space Mothlight” hitting #16 on the Creative Commons Hot 100 list in 2015, and can be found in the curated WFMU Free Music Archive. Szokolyai’s work has been recently reviewed by The London Grip and published in Quail Bell Magazine, Lyre Lyre, The Fiction Project, The Boston Globe, Dr. Hurley’s Snake Oil Cure, The Dudley Review and Up the Staircase Quarterly, as well as anthologized in The Highwaymen NYC #2, Other Countries: Contemporary Poets Rewiring History, Always Wondering and Teachers as Writers. Szokolyai earned her Ed.M. in Arts in Education from Harvard University and her M.A. in French Literature from the University of Connecticut, while she completed coursework at the Sorbonne and research on Romani writers in Paris. She is currently at work on three books and recording an album of poetry & music.