The Cambridge Writers’ Workshop is delighted to announce the following poets and writers will be joining our Fall 2017 Faculty for our classes in Cambridge, MA at the Cambridge Center for Adult Education (September 23 – December 2, 2017) and our Harvest Creative Writing Retreat in Rockport, MA (October 12-15, 2017). 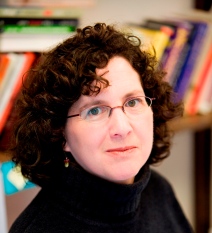 Maya Sonenberg’s first story collection, Cartographies, received the Drue Heinz Literature Prize and was published by the University of Pittsburgh Press. At the time, she was the youngest author to have received this prize. Her second collection, Voices from the Blue Hotel, appeared in 2007, and her chapbook of fiction and drawings, 26 Abductions, was published by The Cupboard in 2015. A second chapbook, After the Death of Shostakovich Père, won the 2016 PANK [CHAP]book contest and will appear in fall of 2017. Other stories and essays have appeared widely, in such journals as Fairy Tale Review, Web Conjunctions, The Literarian, New Ohio Review, and Hotel Amerika, and she has received grants from King County 4Culture and Artists Trust. She teaches in the creative writing program at the University of Washington—Seattle, and is currently at work on a book about her grandmother, Laura Ingalls Wilder (both the author and the character), and Jewish utopian settlements in the Dakotas during the late 19th century. 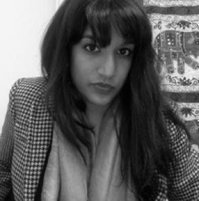 Megan Fernandes is an Assistant Professor of English at Lafayette College and teaches courses on poetry, feminist theory, and science and technology studies. She holds a PhD in English from the University of California, Santa Barbara, and an MFA in poetry from Boston University. She is the author of The Kingdom and After(Tightrope Books 2015), the poetry editor of the anthology Strangers in Paris (Tightrope Books 2011), and the author of two poetry chapbooks: Organ Speech (Corrupt Press) and Some Citrus Makes Me Blue (Dancing Girl Press). Her work has been published or is forthcoming in the Boston Review, Rattle, The Adroit Journal, Pank Magazine, The Walrus Magazine, Postmodern Culture, Guernica, Memorious, the Academy of American Poets, Redivider, the California Journal of Poetics, among others. 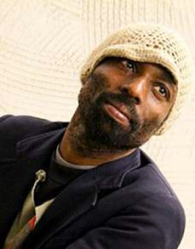 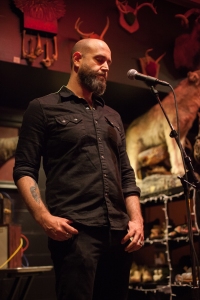 Janaka Stucky is an American poet, performer, and publisher. The founding editor of Black Ocean, as well as the annual poetry journal, Handsome, he is also the author of a few poetry collections. His poems have appeared in such journals as Denver Quarterly, Fence and North American Review, and his articles have been published by The Huffington Postand The Poetry Foundation. He is a two-time National Haiku Champion and in 2010 he was voted “Boston’s Best Poet” in The Boston Phoenix.  In 2015, Jack White’s Third Man Recordslaunched a new publishing imprint, Third Man Books, and chose Janaka’s full-length poetry collection, The Truth Is We Are Perfect, as their inaugural title. Janaka’s poems are at once incantatory, mystic, and epigrammatic. His esoteric & occult influences, combined with a mesmeric approach to performance, create an almost ecstatic presence on stage.