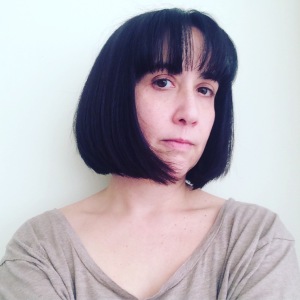 Amanda Toronto received her Ph.D. in English and American literature from New York University where she focused on contemporary American literature, art and religion. She lives with her family in New York City and is at work on her first novel.  You can follow her on Twitter @TorontoAmanda

Address the following questions in your cover letter:

Please also include a portfolio with 3-5 posters, flyers or other marketing material samples you have previously completed.

* This is an unpaid internship but course credit or Federal Work Study hours and course credit may apply.  Please inquire about details at directors@cambridgewritersworkshop.org 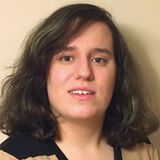 Shannon O. Sawyer is a graduate from the New Hampshire Institute of Art and holds a BFA in Creative Writing. She served as an editor of Ayris Magazine from 2015 to 2016 and works as a scriptwriter for the audio drama podcast Jim Robbie and the Wanderers. Her work has been published in Cartoons Underground, The Fem, and Quail Bell Magazine. In her spare time she enjoys drawing, watching cartoons, and screaming at heteronormative books in her local book stores.

Please give a warm welcome to Shannon Sawyer!  We’re excited to work with her this year! 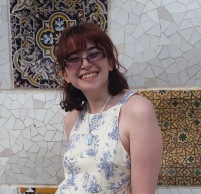 Erynn Porter just graduated from New Hampshire Institute of Art’s BFA program and is currently Assistant Editor and Staff Writer for Quail Bell Magazine. She has been published in Ravishly, Extract(s), The Mighty, and Quail Bell Magazine. She often jumps between her interests of writing fiction and nonfiction, short stories and children’s books, and anything else that grabs her attention. You can often find her eating candy while editing her own work; she claims that candy is the perfect editing food. When Erynn isn’t editing, she’s reading with a cat curled up beside her.

Please give a warm welcome to Erynn Porter!  We’re excited to work with her this year!

The Cambridge Writers’ Workshop is excited to introduce our new Grant Writing and Programming intern, AM Ringwalt! AM is a graduate of Interlochen Arts Academy, where she studied creative writing under Chris Dombrowski.  She is currently a senior at Emerson College, where she studies poetry and philosophy.

In 2013, Ringwalt was named a YoungArts Finalist and a U.S. Presidential Scholar in the Arts Semi-Finalist for her short story Babies. Recent publications include poems in The Grief Diaries, Rogue Agent, and Talking River. Currently, she is at work on a full-length poetry manuscript and pursuing publication of her novella, Nando.

Also a folk musician, Ringwalt’s performances include a celebrity-judged talent show (via Rookie magazine) in Brooklyn and a Gala hosted by YoungArts in Miami honoring Robert Wilson. Bluer Flame, a series of songs recorded on her iPhone and processed through her partner’s tape deck, can be found on her Bandcamp page later this summer.

Before joining us at the CWW, Ringwalt spent time in Dublin, where she interned at the Irish Writers’ Centre and explored “thin places” by way of Beckett, Yeats and a weekend adventure in Connemara.

The Cambridge Writers’ Workshop is proud to announce that Megan Tilley’s poem, “Puddle,” is featured in the new issue of Quail Bell Magazine.  Megan Tilley, one of the one of the Cambridge Writers’ Workshop’s interns has been instrumental in planning the CWW’s upcoming Pre-Thanksgiving Yoga, Writing, and Juice Cleanse Retreat in Quail Bell Magazine (November 22-23). In the interview, the CWW shares tips on creating a creative discipline of writing, yoga, and self-care.  If you are interested in the CWW’s Pre-Thanksgiving Yoga, Writing, and Juice Cleanse Retreat, there is a limited time reduced registration fee. It will only last until Thursday, November 20th at 11 p.m., so apply now! – Jessica Reidy

I.
The bodies around me dream of poppies, draped half-lidded across scratchy couches. Science fiction is all that plays on the television, and I watch tin can space crafts drift in and out of stars, fingers of both hands on two different pulses to make sure there’s still life in their veins. I can feel the wet thumping through the pad of my thumb as space flashes by me and I wonder if this is how god feels.

II.
When the azaleas are in bloom we go walking among the fires of their blooms, grass soft underfoot. Golden bourbon sings in our veins, softening in the shadows and the sunlight that shines through lazy-branched oaks. There are notches in the park from the great war, where men hung like the wind chimes on my grandmother’s porch. She drinks sweet tea like it was water from Jordan, says words so gentle they melt in your mouth like rose hips.

III.
Summer closes. The trees bear heavy fruits, skin smooth under grasping palms. He takes a bite, juice running along his jaw, autumn sweet. We dangle our feet over rock edges, where fish dappled orange and yellow gape pink mouths wide. He says how sad it is that they their pond is all they know. I look to the north, at a horizon unsmudged by mountains, at the trees still summer-bleached forming a cup of its own, a puddle shimmering in unending sun where we swim day after day, pretending it’s the ocean.

tern, Megan Tilley, has a short story coming out in thelatest episode of Fictionvale!  She would like to thank their wonderful staff and editors for giving her this opportunity.  Megan Tilley is a recent graduate from Florida State University with a degree in Creative Writing.  She has been published in The Rectangle, The Kudzu Review, and Wiley Writer’s online podcast.  She was senior editor at Live Music Media for three years, and also edited for The Kudzu Review.  Writing and editing has always been her passion, and Megan is excited to be able to expand her experience with editing, among other things, while working with the Cambridge Writer’s Workshop.

We, at the Cambridge Writers’ Workshop, are excited to announce a new member of our CWW team.  Katy is our new Editing and Communications intern from Córdoba, Spain:

Katy Miller is excited to become the latest Editing and Communications intern for CWW.  She is a recent MA graduate (Contemporary Literature) from the University of Manchester’s Centre for New Writing, where her interests included race and gender theory in post-2000 novels.  Previously interested in journalism before pursuing literary studies, Katy has been published in the Tulsa World and the Huffington Post. She is looking forward to furthering her enthusiasm for the arts with the Cambridge Writers’ Workshop and hopes to expand her editing experience and promote new writing through social media.

We, at the Cambridge Writers’ Workshop, are excited to announce two new members of the CWW team.  Second up is Alex Carrigan, our new Editorial and Public Relations intern from Virginia.  Here’s a bit more about Alex:

Alex Carrigan is a recent college grad hailing from Newport News, Virginia. Growing up, Alex was very much drawn to media, spending a lot of time reading books and watching television and movies. As he got older, Alex began to spend more time researching media and learning more about the various books, shows, and films he was exposed to.  In high school, Alex began to take a turn more towards his future goals. He took classes on studying film and creative writing and became more interested in the fields. He was accepted to Virginia Commonwealth University in 2010 and moved to Richmond, Virginia to attend the school.

At VCU, Alex received a major in print/online journalism and a minor in world cinema. While his interests and career plans changed radically in college, Alex did discover that he wants to live a life engaged in artistic passions, where he could meet and engage with creative individuals and write about them. It was in this time that Alex decided to try and merging his interests, using his degrees in order to try and work for an arts publication or publishing group.

Alex first got a taste for the literary scene when he joined a literary journal called Poictesme in 2010. In Poictesme, Alex got to read poetry and prose submitted by students, critique them, then help create an annual publication showing the best of VCU student art and literature. He stuck with the group all through his college career, even obtaining the rank of deputy editor-in-chief from 2012-2014. Because of changes within Poictesme, Alex and the editor got to go to AWP 2014 in Seattle in order to promote Poictesme, attend panels, and prowl the book fair. It was at the book fair that Alex met Cambridge Writers Workshop and passed along his resume. The rest is history.

Alex is excited to be the new Editorial and PR intern for Cambridge. He hopes to help promote the group online and assist in the various projects of the group. He can also be followed on his blog at carriganak.wordpress.com. He also can be followed on Twitter @carriganak and his Facebook page “Alex K. Carrigan, Journalist.” He is also the staff film reviewer for Quail Bell Magazine and has articles published regularly there.

We, at the Cambridge Writers’ Workshop, are excited to announce two new members of the CWW team.  First up is Megan Tilley is our new Editing and Communications Intern and she joins us from Florida.  Here’s a bit more about Megan & her work in creative writing:

My name is Megan Tilley, and I’m one of the new interns. I’m a recent graduate from Florida State University with a degree in Creative Writing. I’ve been published in The Rectangle, The Kudzu Review, and Wiley Writer’s online podcast. I was a senior editor at Live Music Media for three years, and also edited for The Kudzu Review. Writing and editing has always been my passion, and I’m excited to be able to expand my experience with editing, among other things, while working with the Cambridge Writers’  Workshop.