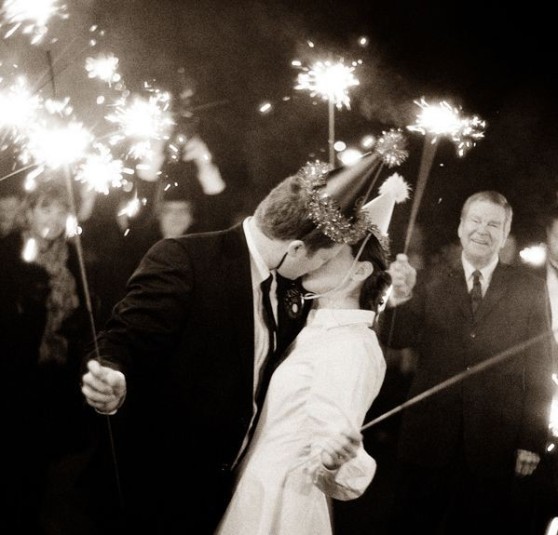 Happy New Year 2016 from the directors, staff, and board of the Cambridge Writers’ Workshop!  We hope you’re all as excited for 2016 as we are!  We’re planning a delightful, productive year for our writers and artists with plenty of opportunities to travel, write, practice yoga, and network, and we’re looking forward to seeing you at our retreats, workshops, readings, and literary fest events in 2016!

The Cambridge Writers’ Workshop had a wonderful year in 2015.  Over the last twelve months, we’ve had a chance to hold retreats and readings across America and the world, meet exciting writers, yoga practicioneers, and artists, and have found new ways to inspire our own writing.  Our year began with the Brooklyn Yoga, Aromatherapy, & Writing Workshop. We restored our minds with invigorating yoga, learned about Essential Oils, and inspired out writing. In February, we joined the 2015 Association of Writers and Writing Programs Conference in Minneapolis, Minnesota. At AWP 2015, we got a chance to promote CREDO: An Anthology of Manifestos & Sourcebook for Creative Writing, advertise our new literary internships, and discuss our Summer Writing Retreats in Granada, Spain and Paris, France, as well as our Spring Writing Retreat in Newport, Rhode Island. We also hosted our second AWP event at Boneshaker Books. At our Books & Bones event, there were featured readings from authors such as  Alex Carrigan, Jonah Kruvant, Dena Rash Guzman, Leah Umansky, Anca Szilagyi, Micah Dean Hicks, Michele Nereim, Bianca Stone, Jessica Piazza, Jess Burnquist, Sheila McMullin, and Brenda Peynado.

After AWP 2015, we were off to our first annual Spring Writing Retreat in Newport, Rhode Island. We were joined by award-winning and internationally-renowned authors such as Kathleen Spivack and Stephen Aubrey, in addition to CWW directors Rita Banerjee and Diana Norma Szokolyai, and CWW yoga instructor Elissa Lewis. The event was a chance for writers to spend a long weekend in historic Newport and near the beach, participating in writing workshops (such as Aubrey’s workshops on theater and Spivack’s workshops on developing manuscripts) and craft of writing seminars, yoga classes, and cultural tours of the historic Newport village. We liveblogged the entire event as well, sharing dozens of photos from our trip while also allowing our writers to share their thoughts on the experience.

During the summer we hosted our Summer in Granada and Summer in Paris Writing Retreats. In Paris, we explored the city and all of its historical, literary, and romantic charm. The retreat included craft of writing seminars and creative writing workshops, literary tours of Paris, daily yoga and meditation classes, and one-on-one manuscript consultations. We were also joined by Guggenheim Fellowship recipient and New York Times bestselling author David Shields, who taught workshops about collage, appropriation, and collaboration. CWW directors Rita Banerjee and Diana Norma Szokolyai taught workshops on stakes and building character, and also led workshops for participants to share their work and use the Liz Lerman method for critiquing writing. We live blogged our Paris retreat on our website, so feel free to check it out and see our workshops, as well as our excursions to Shakespeare and Company, Versailles and Au Chat Noir. We were really happy to experience this with all of our participants, who traveled from all over the U.S, as well as England and Australia, to come write and explore Paris with us.

In Granada, wrote in the city’s winding streets, absorbed its Moorish history, and were inspired by its evocative landscapes. The retreat included craft of writing seminars and writing workshops and yoga classes. We were joined by Guggenheim Fellowship recipient and Pushcart Prize winner Peter Orner, who led a workshop on Spanish literature. Diana Norma Szokolyai led workshops on voice and stakes, while Rita Banerjee led a workshop on narrative development. We also live blogged this trip, so you can see all the exciting things we did on this trip, such as seeing Poeta in Nueva York and shopping for fans.

We hosted a Brooklyn Bookend Reading at Muchmore’s during The Brooklyn Book Festival. Some of the writers had emerged onto the literary scene with a bang, while others had recently published their first or second books, and had received prestigious awards in the past. The event was moderated by Diana Norma Szokolyai and included writers Rita Banerjee, Jonah Kruvant, Brandon Lewis, Elizabeth Devlin, Lisa Marie Basile, Jessica Reidy, Gregory Crosby, Matty Marks, and Emily Smith.

In November, we also hosted our annual Pre-Thanksgiving Writing & Yoga Cleanse. The two day event kicked off with yoga lessons from Elissa Lewis, followed by creative writing workshops and craft seminars from Jessica Reidy. Our Pre-Thanksgiving Writing & Yoga Cleanse was an opportunity for the participants to cleanse themselves mentally, spiritually, and creatively before the bustling holiday season.

In 2015, we continued our work on CREDO Anthology of Manifestos & Sourcebook for Creative Writing. The collection will feature personal writer manifestos, essays on writing advice, and writing exercises to help spur creativity. Our staff has greatly enjoyed critiquing and conversing with writers on this publication, and more information about publication will be announced in the upcoming year.

In 2015, we welcomed our second round of interns to the Cambridge Writers’ Workshop, and these interns include the wonderful Emily Smith, Casey Lynch, and Alyssa Goldstein, all of whom have helped the CWW greatly this year. They’ve helped manage our social media and written up posts about our events, shown their talent for graphic design and corresponding with writers and hosts in French, Spanish, and English, and have provided much valuable assistance on our retreats and literary events this year.  We’re excited to have Emily, Casey, and Alyssa, on our team, and we can’t wait to show you what they’ve helped us plan for 2016!

This was also a good year for our individual staff members getting published. CWW co-director Rita Banerjee had her poetry published in Quail Bell Magazine, Riot Grrrl Magazine, and The Monarch Review. Her interview with CWW visiting professor and Guggenheim Fellowship recipient David Shields was published in Electric Literature. CWW co-director Diana Norma Szokolyai reported for VIDA: Women in Literary Arts on”The Defensive Male Writer.”  CWW Executive Board Member Jessica Reidy‘s “Why the Pyres are Unlit” was released in Drunken Boat’s Romani Folio and her poetry was nominated by The Poetry Blog for “Best of the Net.” Managing Intern Alex Carrigan had his work published in Strike! and Quail Bell Magazine and Managing Intern Emily Smith became a Contributing Blogger for Ploughshares.

While 2015 proved to be a very exciting year for all of us, our staff is quite ready to move on to our next round of exciting events. The CWW will once again table at AWP in Los Angeles from March 30-April 2, 2016, and will be announcing our AWP Reading in downtown Los Angeles shortly!

Join us April 21-24, 2016 for our second annual Spring in Newport, Rhode Island Writing Retreat. Our Newport retreat offers the opportunity for writers of all genres and levels to work alongside award-winning authors & editors to hone their craft and expand their writing skills, while working on new or existing projects. In the past, faculty has included internationally renowned author and writing coach Kathleen Spivack, Stephen Aubrey, Diana Norma Szokolyai, Rita Banerjee, and Elissa Lewis.

The Cambridge Writers’ Workshop Summer in Narbonne & Barcelona Writing Retreat will take place July 18-26, 2016. The retreat offers participating writers of all genres and levels to work alongside award-winning authors and editors. Participating writers will hone their craft and expand their writing skills, while working on new or existing projects.  There will also be time to explore the city of Barcelona, Spain and the beaches of Narbonne, France.  Our past France retreats have included David Shields, Diana Norma Szokolyai, Rita Banerjee, Jessica Reidy, and Elissa Lewis as faculty members.

And from July 28-August 5, 2016, join the Cambridge Writers’ Workshop on our summer writing retreat to the cultural oasis of Granada, Spain. Located at the foot of the Sierra Nevada mountains in Andalucía, Granada is one of the gems of Spain and has inspired writers from Washington Irving to Salman Rushdie to Ali Smith. Let the old city stimulate your writing with its winding streets, Moorish history, and evocative landscapes. Or, indulge in delicious Andalucían cuisine and traditional Arab baths. Work with world-renowned authors on your manuscript, or look to the beauty and warmth of Granada to inspire all-new projects.  In our past Granada retreat, faculty has included Peter Orner, Rita Banerjee, Diana Norma Szokolyai, and Elissa Lewis.

We hope you are all as excited for our 2016 events as we are.  Information on our upcoming 2016 retreats and readings will be going live in January 2016!  If you have any questions we may not have answered, you can email us at info@cambridgewritersworkshop.org, and for inquiries, please email the CWW Directors, Rita Banerjee and Diana Norma Szokolyai, at directors@cambridgewritersworkshop.org.  You can also follow us on Facebook, Tumblr, and Twitter for more information and updates on any of these events. We look forward to making 2016 a year full of creativity, writing, and renewal, so join us as we make 2016 rock!