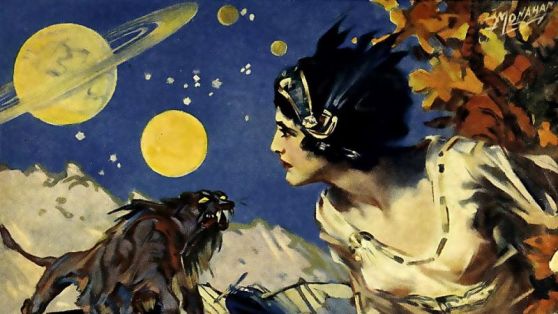 The Cambridge Writers’ Workshop welcomes submissions of poetry, fiction, nonfiction, mixed-genre work, plays, and screenplays on the topic of “Disobedient Futures” for our new speculative literature anthology. Writers are encouraged to imagine what the future cultures of America and the world might look like, and submit their work on the following topics:

Disobedient Women: How might women, feminists, and/or non-binary individuals disobey and reconfigure our understandings of power and femininity and masculinity in the future?

Disobedient Tribes: What if Americans found a way to subvert racial categories and challenge tribalism and cultures of fear? How might tribes disobey the rules of the game and create new types of community identities and cultural bridges?

Disobedient Class: Could Americans in the future overcome systems of class oppression and capitalist gluttony? How might individuals in the future subvert class hierarchies?

Disobedient Futures: Tell us what the future cultures of America and the world have in store. How might the emerging generations of today and tomorrow reconfigure today’s value systems, challenge today’s modes of violence, oppression, and power, and create new visions of society? Give us your best speculative writing which explores the possibilities and disruptions of disobedient futures.

Writers are welcome to submit utopian, dystopian, parallel history, futuristic, alternative reality, speculative essay, and even purely speculative fiction, nonfiction, poetry, and theatre. Optimistic and pessimistic tales of the future are welcome in equal measure, but gratuitous violence and discrimination are not. Poetry submissions should be 3-5 pages in length. Prose submissions can be 10-20 pages in length.  Excerpts from longer works with synopses are welcome. Visual art related to these categories of Disobedient Futures is also welcome.  Submit your retelling of the future today!

November is National Novel Writing Month (NaNoWriMo), and our CWW staff is up for an exciting writing challenge! We have the entire month of November to write draft, sketch, and complete the first versions of our novels.  The goal is to get to over 50,000 words by November 30.  We at the Cambridge Writers’ Workshop are working on our novel projects a little bit everday.  For food for thought and writing inspiration, we’re turning into @NaNoWriMo, @NaNoWordSprints, and all the amazing writers participating in #NaNoWriMo on Twitter!  Here’s what our staff members are doing and our current word counts:

“I am currently working on my first novel project, a dystopian futuristic novel, which focuses on the trials and tribulations of a young female anti-hero, Mel Cassin. Her life is routine and mundane until one day her university-age brother, Lou, goes missing. This is the second person in her life who has disappeared. The first was her mother, who vanished from the Cassin family home when Mel was just a girl. Her younger brother, Lou, suspicious of the government’s involvement in the disappearance of his mother, attempted to join protests for social reform in college. It is in this moment of youthful rebellion, that Lou, too, disappears from sight, and Mel must find out what has happened to her mother and her brother, in order to understand the veils which disguise the machinations of her own government, the import of her own family and past, and the potential and ambiguity of her own individual agency.” – RB, Word Count as of 11/11: 8,568 Words

“I am working on a novel called Last Gypsy in Paris.  Set in present day Paris, Lavinia is a teenage, Romani girl who works as an aerialist in her family’s “Old Gypsy Circus” traveling act.  She is torn between the world of the gadjé (non Gypsies) when, while attending French school, she develops passions for literature and a French boy, Julien.  Julien comes from an elitist, right wing French family who want to eradicate Gypsies from France, while Mateo, Lavinia’s father, struggles to keep the old Romani traditions alive in his family by protecting everyone he loves from the world of the gadjé.  When tragedy strikes the family circus, Lavinia must make difficult choices about her future that will ultimately effect her identity.  She is guided by her close friends Elsa, Fisco, Popo the parrot, and Mermeyí, her wise grandmother, who is a fortune teller. – DNS, Word Count as of 11/11: 9,009 Words

“I’m trying something really strange this month and attempting to write a Young Adult book. I know, it’s crazy. I never see YA about nerdy characters, so I’m making the main characters all members of a high school anime club. It’s a first person story from the perspective of Ashley, a high school junior and active member of the club. Her club is trying to sell anime goods at an upcoming anime convention, and Ashley is tasked to make a dating simulator video game for the table. When her best friend starts dating another guy in the club, Ashley tries to follow them on dates to use for inspiration, while also trying to push other romantic pairings around her in hopes of being able to use it for the club. Unfortunately, this does lead to some issues and causes some things to get crazy when Ashley starts to get too into those around her. I’m excited for the project since I get to make a fleshed out character with Ashley and really try to write from the perspective of an outspoken nerdy teenage girl. Plus, as an anime fan, I get to reference tons of the stuff in the story, which is always fun.” -AC, Word Count as of 11/11: 13,855 words

“I’m working on my novel, currently titled Zenith, about Coco, a half Romani (Gypsy) burlesque dancer and fortune teller at a Parisian circus who reluctantly becomes a Nazi hunter. Wanting clarity and guidance and without anyone else to turn to, Coco reads her own tarot cards, a forbidden act that always obscures the truth with the seeker’s own fears and desires. Coco’s target is her own uncle, Botho, a Romani man who turned traitor and set thousands of Roma to the gas chambers. And yet, Botho is the same man who spared Coco and her estranged mother, Mina, from the concentration camps, but abused his position to torture them both. While Coco makes her life at the strange and beautiful circus, Mina is living out her days in a mental institution, and keeping her identity as the famed Romani poet exiled from her community under wraps. But when Mina’s journals and her book of poetry appear on Coco’s doorstep, Coco discovers brutal family secrets and finds that she is not the only hunter in her family. Her choice between family or justice throws her own life in the balance while her desires and fears run wild among the circus.” –JR, Word Count as of 11/11: approximately 35,000 words

“For NaNoWriMo this year, I’m working on a YA fantasy novel about the personification of Death and his familiar, a girl named Mira. It follows Mira as she gets accustomed to being Death’s familiar and the complications that come with that, including the struggle with her self identity and personal freedom, while also balancing a budding romance with her childhood friend. Urban fantasy and magical realism are my favorite genres, and I’m really excited to explore the world I’m making! I’m thrilled to be able to work with a unique character like the personification of Death, as well as the internal struggle Mira has to deal with.” – MT, Word Count as of 11/11: 24,574 words